Path to Acceptance, by Siok L

When I was first diagnosed with cancer, I was in shock. Then 9 months later, I had a relapse and had to go for stem cell transplant, I stayed in Foothills hospital for a couple of months.

A third relapse followed in less than a year after transplant. It was a very traumatic time of my life. I was given brochures about Wellspring on my first diagnosis. I didn’t want join as I felt that it’s a stigma, I didn’t want to be seen going to a support center and be known as a cancer survivor. When I was in the hospital, I was so afraid. I was in a lot of fear. I keep everything inside me.

On the third diagnosis, I could only cry.

It was my dear darling son who encouraged me to join Wellspring. He had heard it from a friend. He said, “Mom, I will go with you to visit the centre.” So my husband and son took me there. It was all a blur. I remember it was welcoming, we listened to how to get started, registered, my husband and son registered too, as my caregivers. And we took the brochures home. At home, I went through the programs and decided to give it a try.

The very first two programs I joined were Tai Chi and Qigong, then Visualization and meditation with Marilyn Day. Jane, Munira and Marilyn were very kind and compassionate. I had to go for treatments and they were very supportive and kind. Marilyn phoned and left a message on my phone to say she was thinking of me and would include me in the visualization in class while I was in treatment. This was so, so kind and caring.

The loving kindness and compassion shown to me helped change what I think of cancer support. I supposed very slowly I learn to accept I had cancer and there is nothing to be ashamed of. I think sometimes when Calgary Transit Access drivers would ask what Carma House was and I said, Cancer support centre … silence followed. I felt very awkward and embarrassed. There is no need for me to feel this way but I don’t know why I felt so.

Then, I ventured to join Kathie MacDuff’s Open Art class and had a lot of fun. Kathie is ever so loving. Participants there are full of laughter and so at ease. I look at them with admiration. Maybe one day I can be like them, I said to myself. It is a long road. I was always fearful and worried.

The last two years, under the encouragement of my kids, I’ve sought counseling. I tried one counselling session at Tom Baker… it didn’t go well, I cried even more and was even more frightened!!! Thank God, I had a very good session with a counsellor recommended by my darling daughter. Now, it’s just once a month.

I admire the facilitators, staff and volunteers at Wellspring. They are very dedicated, supportive and just so lovely. I now am very proud to be a member of Wellspring, a community where no one has to face cancer alone.

Yesterday, after a Zoom class, I suddenly felt these exact words: Yes I had cancer.

I feel like it is my first acknowledgment and that it’s ok. It’s ok if people know about it.

It is ok to share. It is in sharing that I can help encourage and give hope to those who are feeling lost and afraid. Wellspring has given me so much; it’s selfish of me not to give back.

*I would like to acknowledge all the facilitators whose classes I have attended. From every one of them, I have received kindness, compassion and encouragement. I am very grateful. 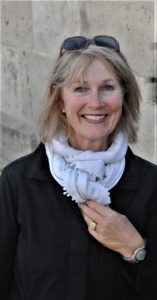 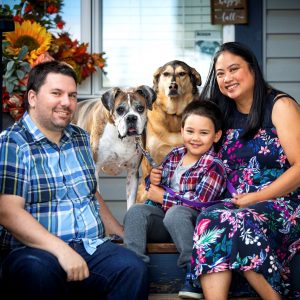 My cancer journey so far 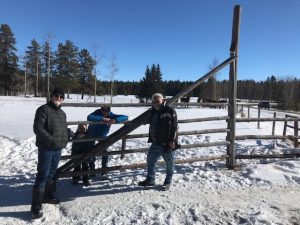 What men CAN do! 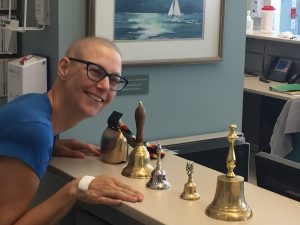