If you’ve ever been to Wellspring’s Carma House, you may recall being greeted by a robust Irishman with a booming voice and a radiant smile. Indeed, our volunteer Gary Boucher is unforgettable.

Gary was first introduced to Wellspring when the IT company he worked for was hired to perform a job at Carma House. Having survived a cancer diagnoses several years earlier, Gary took note of the services Wellspring provided. “I had not seen anything like it before. I recognized the importance of this kind of support and I thought all the people I met at Wellspring were really very nice,” said Gary.

But joining the Wellspring team would not transpire for several more years, as Gary was busy with family, a demanding career in IT management, and international travel.

Born and raised in Northern Ireland, Gary worked in London then immigrated to Toronto in 1975 where he met and married his wife Judy, a teacher. The two moved to Calgary when their daughter was a baby and later welcomed their son, with thoughts of returning to Eastern Canada before their kids would start school. Life, however, took them down another road.

In 1994, at age 49 and at the height of his career, Gary’s world was upended when seemingly mild symptoms led to a visit to his doctor.

“My GP thought it was nothing but he sent me to a colorectal specialist just to be sure. A week after learning I had cancer, I was on the operating table,” said Gary.

Six months of chemotherapy followed by radiation gave Gary his life back, and a deep appreciation of our healthcare system. “A good GP serves such a valuable function. They may not know everything but they know how to listen, watch and make referrals. My situation was handled so well and so quickly. I’m sure that’s why I’m here today.”

A year later Gary and Judy accepted a new challenge, moving their family to Africa, when the company Gary worked for signed on for a joint gas to electricity project off the coast of Tanzania.

“Some would think we were crazy, taking off with our kids (ages 12 and 14) to a third world country, but the truth is, this was the best four years of our lives. The kids got to see the world, learn so much, and meet kids from other countries. When we came back to Canada, we noticed that our kids were different from other kids their age. They were more mature, kinder, more tolerant.”

Gary shares that his married daughter lives in London and stays in touch with people she met in Africa, who now live all over the world. She is an events manager for an international law firm and is currently expecting her first baby. Their son is also married and works in the IT business in Calgary. He and his wife have blessed Gary and Judy with two delightful grandchildren.

When it was time for Gary to retire, along with travel and family time, volunteering at Wellspring was a natural fit for him.

“I can truthfully say that in Alberta we are very well served on the physical side of cancer; oncologists, doctors and nurses are topflight. But what Wellspring provides is the emotional support people need, and trust me, this is such an important role.”

As a volunteer Gary trained in Peer Support, but when centres were open, he often found himself at the front desk, where he became known for his illustrious welcome. In 2020, as online became the primary way of connecting with members, Gary offered to make Peer Support calls, and now spends two to three hours a week reaching out to those who appreciate having someone to talk to.

“Even if we don’t talk about cancer – maybe it’s a car problem, or something about gardening – just being in touch, you build relationships and I think this really does make a difference in people’s lives. I’m glad to do it – just so glad I have something to offer.” 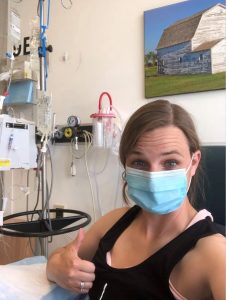 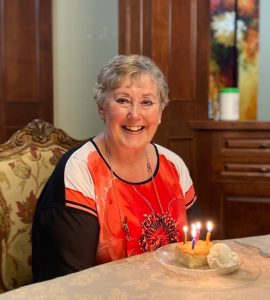 Marilyn Will: Tried and True 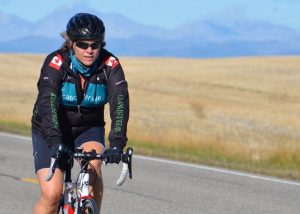 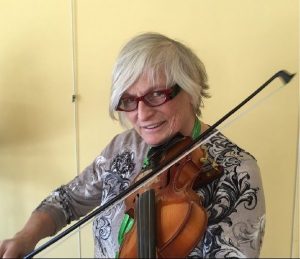